After 27 glorious years at the very top of the dance music world, the end finally arrived for the worlds number 1 club at the end of last Summer.

On the 2nd of October 2016 Space Ibiza shut its doors forever with its very final 'closing fiesta' ....an epic party which echoed across the planet. Anyway Space Ibiza On Tour continues around the World

Meanwhile, in London a special relationship developed between the Space and Studio 338 families with some of the best shows in Greenwich being produced and masterminded by the Spanish gurus.

Sadly, this all came to an abrupt halt as Studio 338 was of course devastated by fire in August last year.

Well we are delighted to say that Space and 338 are reunited once more. A year of passion stored up and ready to explode in one colour filled night in the capital.

As you would expect this will be a rollercoaster of emotions, set amongst heart-stopping, trademark production spectaculars and soundtracked by our favourite Space DJ's and guests

This will be a party for the history books

Line up will be announced in the coming weeks - expect to see an all star Space program including some VERY special guests! 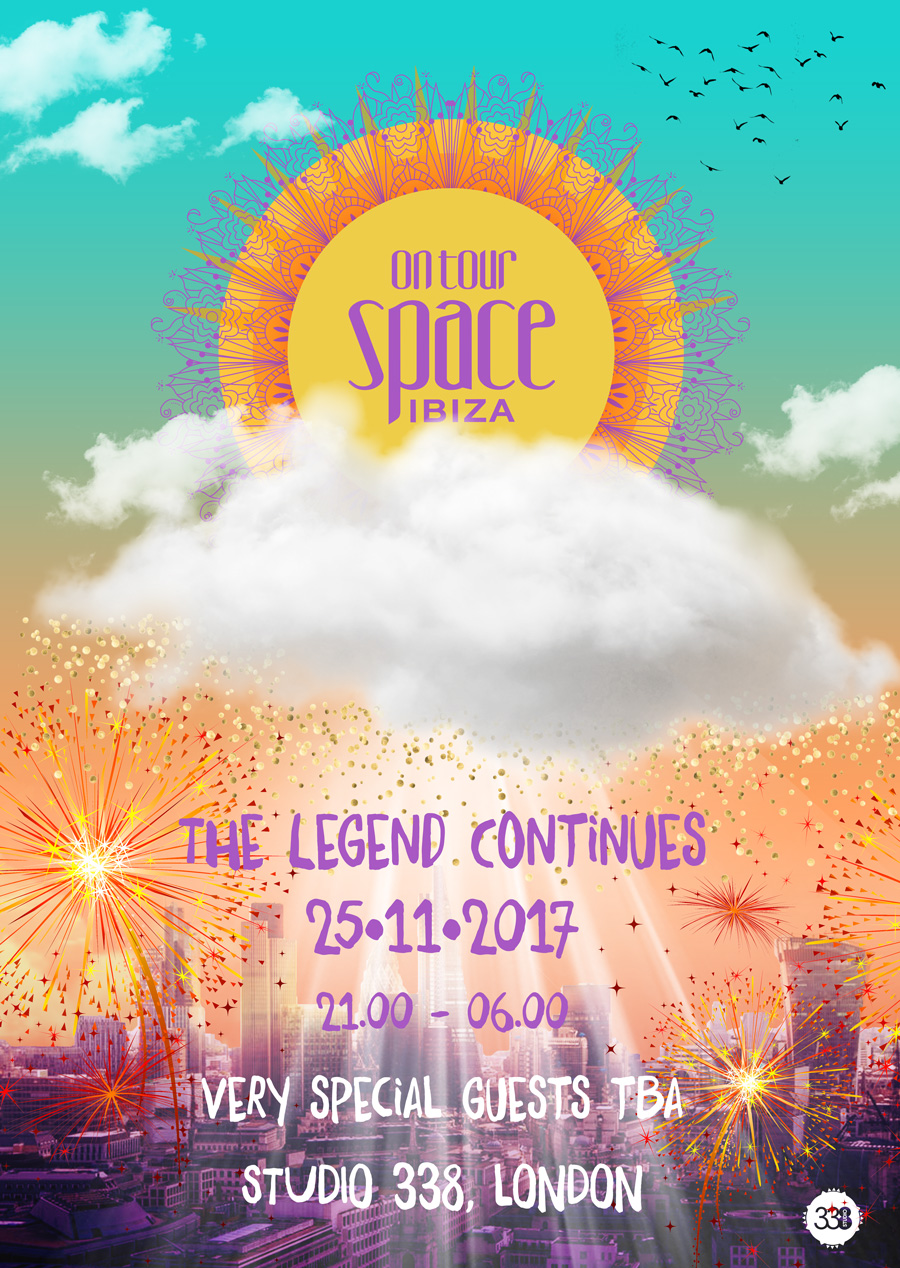