It has been the first anniversary of the closing of Space Ibiza in the mythical nightclub Playa d'en Bossa.

It was 12:00 noon on Monday, October 3, 2016 and the curtain was closed behind an amazing set by Carl Cox, who last punctured in the DJ booth of the Main Room accompanied by the owner and founder of Space Ibiza: Pepe Roselló.

"I wish you did not miss you" by Angie Stone was the last track that played Carl Cox in Space Ibiza, before a public surrendered and overjoyed.

If you were there you know that you have lived one of the most epic moments in the history of electronic music and that you have been part of that great story. If on the contrary, you missed it ... let others tell you and enjoy imagining what it would have been like to be there ... after all, you are all part of Space Ibiza.

Thank you all for the thousands of affectionate samples we have received throughout this year. 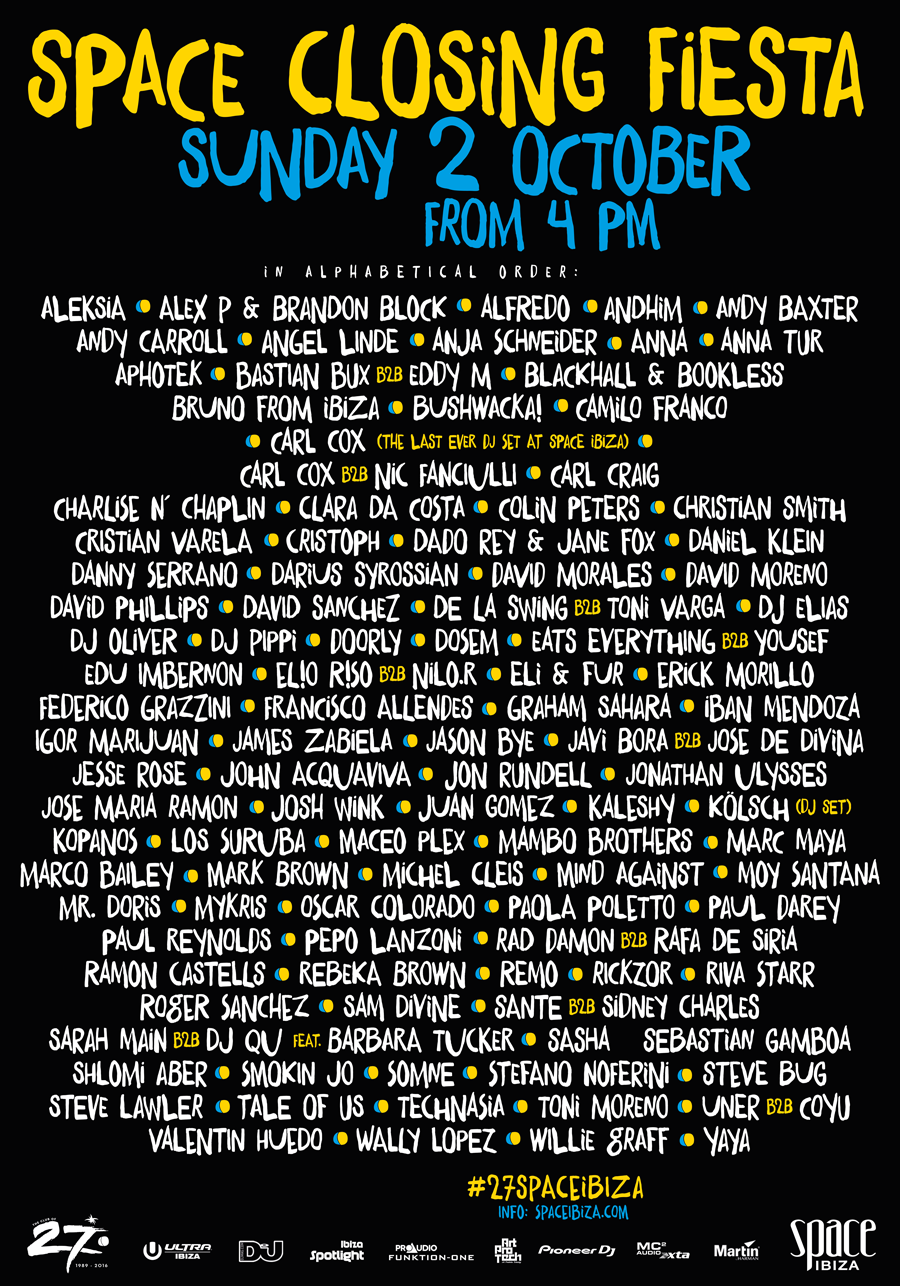